In 2377 a group of Romulans struck out in a colony ship, in an attempt to break away from the Romulan Star Empire.

Not long thereafter, pirate activity became a notably large problem in many of the Northern Frontier worlds. Nobody could come up with an adequate reason as to why, and after several particularly brazen attacks on key Starfleet weapons research facilities, in early 2392, a Task force was put together to tackle the political, piratical, and practical fallout from the uptake in increasingly organized, and brazen attacks.

Naturally, it was met with some surprise when the Romulan colony ship was found, just beyond Federation space, in uncharted space near the Breen Confederacy. In fact, this had apparently not been the first. Five such colonies would be uncovered, two of which apparently were creating non-standardized Romulan vessels to repel these pirates, and the Breen, within “their” space.

Officially speaking, the Rihansu Resistance is not recognized by the U.F.P. Council, as a foreign power, out of fears that the Romulan Star Empire might retaliate. This is reinforced by the diplomatic conferences with the Rihansu Resistance being routinely mysteriously “cancelled” after “major security risks”, or disrupted by curious events that defy coincidence, but are not directly attributable to any one person, empire, or group.

What is most curious, however, is not these attacks. It’s the fact that the pirate attacks have been targeting the Rihansu Resistance with increasing activity, and U.F.P. member worlds barely noticed anything above the norm, right up until the exact moment a remote, automated charting facility noted the colonies in late 2392.

It was at that exact moment that they nearly halved in frequency against the Rihansu Resistance. And tripled in U.F.P. territory.

To make matters worse, the Breen Confederacy has apparently entered a period of political unrest, as one of the Breen membership planets has apparently begun advocating the stance that the Federation's tolerance of, or more accurately, refusal to demand removal of, these new Romulan colonies, is reason to violate treaty. These Breen support a more imperialistic attitude, and several border skirmishes have been noted between Rihansu resistance, and Breen forces.

The task force story arc will cover everything from political malcontent, and peacekeeping, through anti-piracy, and peace talks with several groups(Romulan Star Empire, Rihansu Resistance, Breen Confederacy, Breen Imperialists), directly into less than obvious campaigns being orchestrated by the Tal’shiar, and the blunt “I don’t like you, pew pew!” kind of discussions that are so uncomfortably common with the Breen.

Opposing factions will vary from pirate groups of any denomination(Notably Orion, Gorn, Breen, Ferengi, and Cardassian), A Breen splinter-group who opposes the U.F.P. peace treaty, The Breen Confederacy, who oppose the Romulan Colony worlds achieving U.F.P. member status, the Tal’shiar, unknown aliens from the northern frontier who may directly, or indirectly, alter the balance of power, and various groups within the U.F.P., including separatist colonies, and anti-”doomsday weapon” activist groups. On rare occasion, known major opponents from other task force story arcs, including the Borg, and the Gorn confederacy may also be involved for joint missions.

This wide variety of nebulous issues are all tied into a clever Tal’Shiar ploy to undermine U.F.P. support for any war that isn't ours, and may inadvertently splash damage efforts to assist the Klingon Empire with their conflict with the gorn. Much assistance will be needed from R&D to establish the rough designs and terminology for Doomsday-esque weapons being developed to combat borg, or other threats. There is already one pre established mission that will be designed around recreating the weapon used in “generations” being stolen. This weapon was being planned for use against entire assimilated systems, in order to prevent the Borg from gaining tactically advantageous locations in, or near U.F.P. space.

It will also highlight aspects of the Breen Confederacy who oppose the peace treaty that ended the dominion war, and their willingness to work with very dangerous allies, like the Tal’shiar, to settle old scores, or simply unbalance an engagement in their favor. Between them, and hired mercenaries of a wide variety of flavors, it is expected to take approximately 1-3 years worth of such missions before advancing to a plot involving border skirmishes with the Romulan Star Empire, and/or Breen Confederacy once this plot is uncovered.

Questions, commentary, and interest specifically in this story arc are to be in this thread, please.
I'm not dead
Let's have dinner

"It'll be fine."
Narrator voice: "It actually was not."
Top

OOOO pick me pick me!!! This looks Awesome. 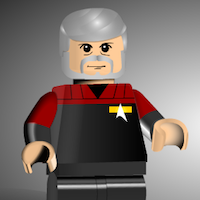 Just to be clear, as I've discussed in my opening note as well as on Discord, I don't see a need to change hardly any of this just because there is a new TFCO. We will continue to fight some of these battles and negotiations in the Northern Expanse, including the Romulans, Rihansu Resistance, Breen, and pirate groups made up of just about anyone up in that area. That will be the "Method of Operations" for TF56's Area of Operations, and then each sim will be able to pick and choose how much they wish to be involved with canon and canon-offered missions and such.

So in short, look for more news on this from my own keyboard, but this plan will basically stick.
Captain Ovik
Task Force 56 Commanding Officer